On the way to an independent life!

A unique project that helps to enable young wheel-chair users to lead as independent a life as possible. For three weeks, they work intensively at the goals they have set in order to take another step towards their independence. 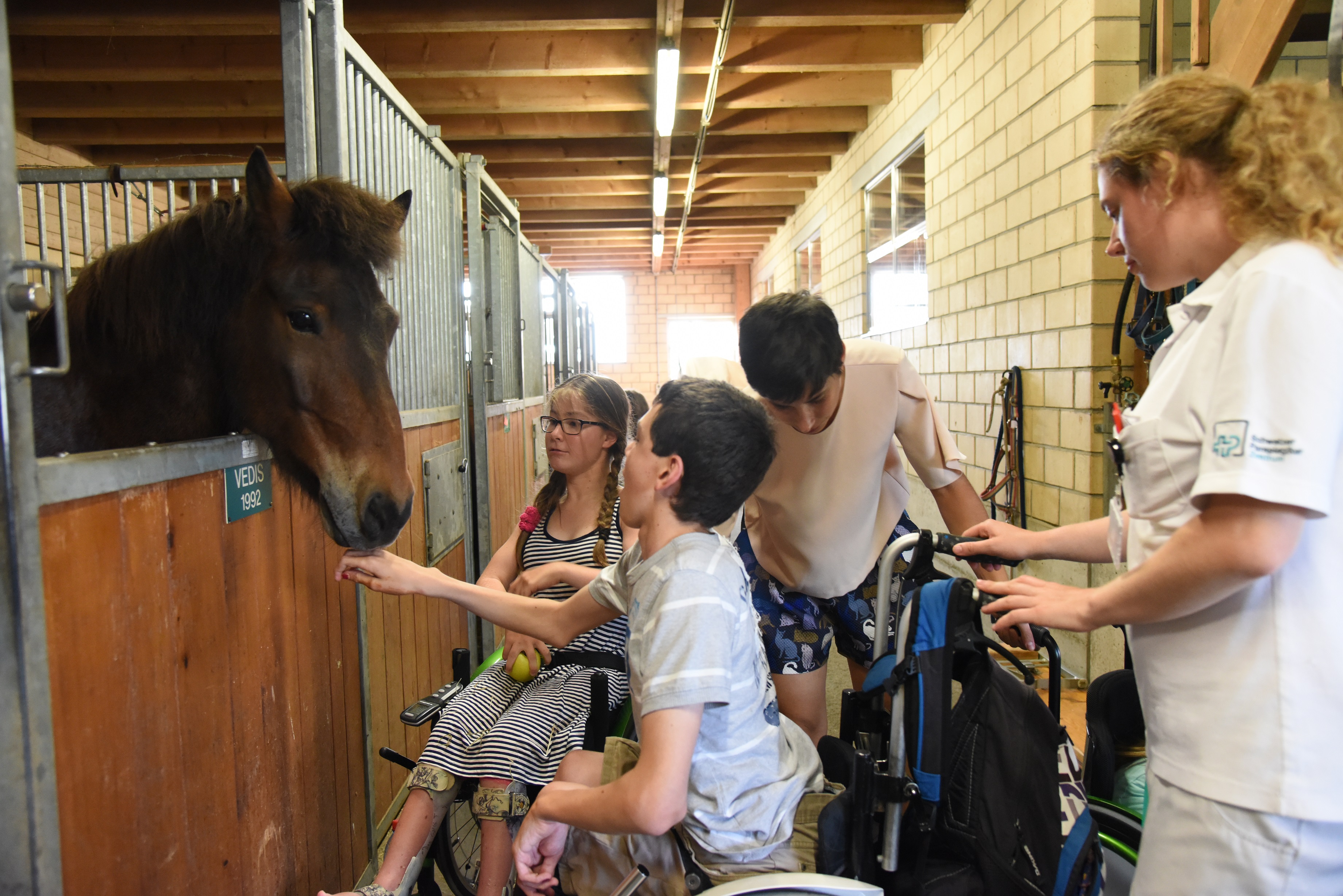 Why is this project so important?

Life-long care and support for people in a wheelchair is essential for many reasons. In addition to medical and therapeutic care, it is important to achieve goals such as independence, self-determination, sports-related integration, and social integration. The earlier this starts, the better the prospects of equal opportunities and a better quality of life for the young people who are preoccupied with similar topics to those that concern able-bodied young people: relationships, clothes, appearance, and, of course, everything that is currently trendy. They want to be independent and to rely on as little help as possible from others.

What do the youth rehabilitation weeks involve?

The young people come to Nottwil for three weeks. The goals they want to achieve during these weeks are de-fined individually for each young person. People in wheelchairs have various obstacles that they need to overcome. You can find out more about these in the series of images and the text printed below them.

Able-bodied people use escalators as a mat-ter of course. However, for wheelchair users this is a challenge that can only be mastered with a great deal of practice.

City training in Lucerne is a fixed compo-nent of the youth rehabilitation weeks. The image shows young people using the Euro key to operate the lift on Chapel Bridge. City training teaches them how to get about in public on their own.

The youth rehabilitation weeks programme also includes group outings. The young peo-ple can sleep on straw in the barn at Eyhof in Nottwil, where hippotherapy is provided with the horses housed there. In addition to its therapeutic purpose, contact with horses also has a positive effect on the young peo-ple's spirits.

The young people can talk about topics that concern people with paraplegia and tetraple-gia. However, there are also in-depth con-versations about clothes, going out, and what is currently trendy. Friendships for life are formed.

Sport is an important topic as people in wheelchairs need to ensure that their body is fit and strong. Transfers from their wheel-chair into bed, onto the sofa, and into the car are extremely physically demanding. The youth rehabilitation weeks provide the teen-agers with opportunities to try out various types of sport, such as using a hand bike or racing wheelchair, so that they can find something suitable for them.

Find out more in the blog article.

Support young adults on their journey towards an independent life

Feel free to contact us at any time if you have any questions. We will be delighted to provide you with further information about this fantastic and extremely important project.

Donate to this fantastic project now.